Apple: Profitability Has Been Struggling For Years (NASDAQ:AAPL) 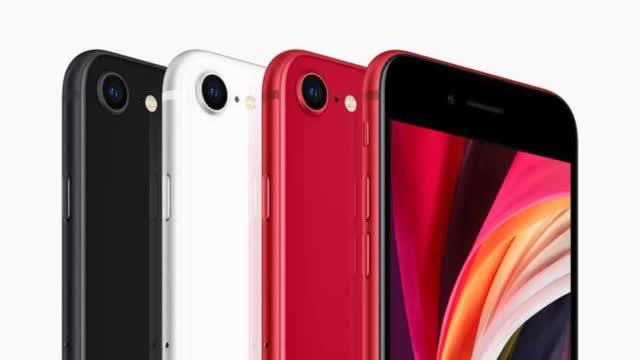 Consider the current market narrative. Apple (AAPL) is no longer just the iPhone. Apple beats estimates over and over. Apple is on a roll. Services. Wearables. 5G megacycle.

Consider the share price. Apple stock is up roughly 4.6x during the last five years

Now consider all those bears. They have been extremely wrong on Apple. They know nothing. I, myself, have written many articles highlighting Apple’s risks (mostly regarding the iPhone) – though most were not straight bearish and indeed most were tagged “long ideas.” I know nothing. The market has spoken and it did so very loudly. 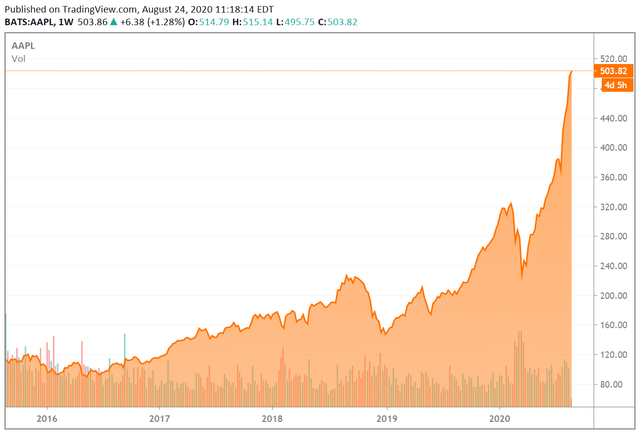 All of the above are certainly popular opinions these days. Those who bought Apple were handsomely rewarded. This article will just try to figure out something. Were the bulls all that far sighted when it came to Apple’s actual profitability progression over the last five years?

Apple’s EBIT, EBITDA and Net Profit From 2015 To The Present Day

I’ll take a shortcut here and use a single chart to cover all these profitability metrics: 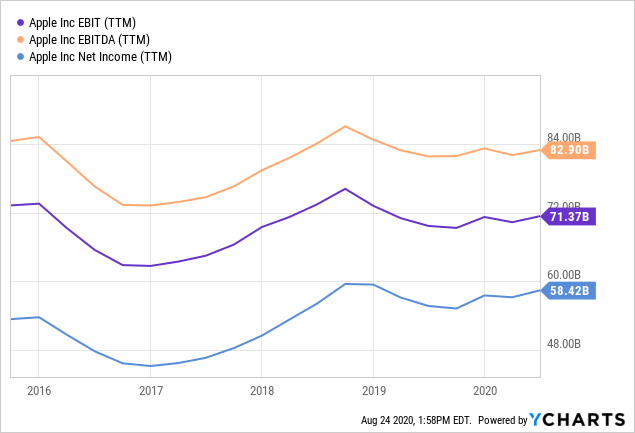 So what do we have here?

Since 2015, neither EBIT nor EBITDA are up at Apple. Net profits are up mostly because of lower taxes. Revenues (not shown), however, are up (though not strongly). EPS also is up both because net profits went up slightly, and because of the ongoing buyback. 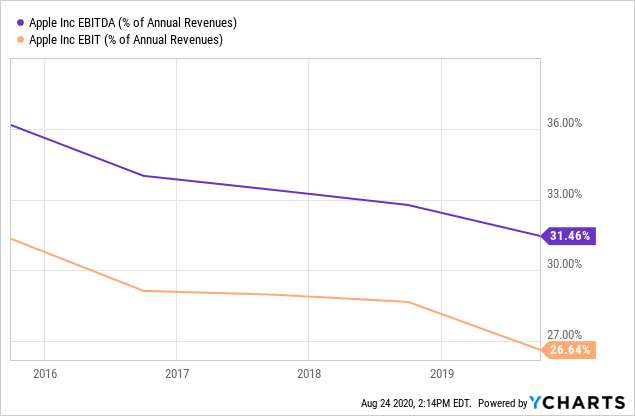 Another thing that’s down since then is, of course, the iPhone weight on Apple’s revenues.

This puts into question the thesis that the iPhone has been successfully replaced by other products. It hasn’t. Its decline impacted margins visibly.

It should however be said that a large part of this decline was due to a true iPhone implosion in China. Consider the following:

As we can see, during the last five years (to 2019), Apple has seen a collapse in Chinese iPhone sales and market share.

When we see news of iPhone growth in China, this needs to be put in context. Even 100% growth wouldn’t take the iPhone back to its Chinese peak. Never mind things like July 2020 showing a 29% drop in sales (the worst in recent times).

We can take several conclusions from this exercise:

Overall, Apple has seen operating profitability and profitability margins decline during the last five years. It’s not clear that this trend will stop, and the growth catalysts aren’t clear either. Surely Apple gained from work-from-home tailwinds (iPad, Mac), but those effects are temporary.

In face of this, what Apple experienced was a tremendous increase in valuation multiples, granted, from depressed levels. Apple did not enjoy any growth breakthrough (at least not one that favored absolute or relative profitability).

Idea Generator is my subscription service. It’s based on a unique philosophy (predicting the predictable) and seeks opportunities wherever they might be found, by taking into account both valuation (deeply undervalued situations) and a favorable thesis.

Idea Generator has beaten the S&P 500 by around 12% since inception (in May 2015). There is a no-risk, free, 14-day trial available for those wanting to check out the service.