3 Lessons from Entrepreneurs Anyone Can Use to Grow Their Organization 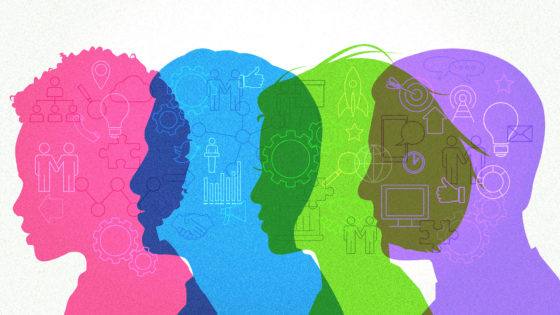 Entrepreneurs unlock potential. They turn ideas into realities, creating jobs and fueling economies. They’re professional problem-solvers. And following their example can lead your business into new opportunities for success.

“If you want to build a ship, don’t drum up the men to gather wood, divide the work, and give orders. Instead, teach them to yearn for the vast and endless sea.” These words, credited to Antoine de Saint-Exupery, strike at what sets entrepreneurs apart. While the attention of some is fixed on the work at hand, the eyes of entrepreneurs are always fixed on the distant horizon.

With such a focus, the word can’t lose its weight. At some point in time, we couldn’t sail across the world, couldn’t fly, couldn’t venture into space—until we could. This is how entrepreneurs serve us. They push the bounds of possibility and bring us toward progress.

And they also teach us. By learning these three lessons from entrepreneurs, you can guide your business to new horizons of success.

Focus on Problems That Need Solving

Not all entrepreneurs invent new products or build companies from the ground up. In fact, I’ve met pastors I’d call entrepreneurs. All entrepreneurs have this in common: they are dauntless problem-solvers. They don’t just notice the issue, but risk time, money, reputation, or some other asset to deliver a solution or gain.

Your company exists because it is the answer to some felt need of your customer. The problem is key. When you become undivided in your efforts to solve the problems of your customer, your business will flourish. When you lose sight of what’s causing your customers pain, you’ll begin to flounder. Find the problems. Solve them. And watch your contributions pay off.

Entrepreneurs put skin in the game. They often take out sizable loans, invest their life savings, or stake their reputation to bring their ideas to life. They know exactly what they have to lose because they’ve lost before. And they can’t help but dare to press on toward possibility.

Playing it safe is the sure way to the slow death of your business. Kodak, Blockbuster, Toys“R”Us—these companies learned firsthand the danger of sticking to what you’re good at as the world around you continues to evolve. Change always requires risk. And it might come at a cost. But you can’t afford not to take the risk.

Entrepreneurs have befriended failure out of necessity. They’ve learned to reframe it as the key to growth. They use it to tweak ideas, avoid repeating old mistakes, and improve already successful products and services. They’ve turned failure into the fuel for success.

Thinking differently about failure will drive your business growth. Why did your product launch flop? Why has productivity plummeted? What’s disrupting the communication on your team? You can turn failure into a tool for success. But first, you have to stop fearing it.

We owe much to entrepreneurs, and we need them now more than ever. They model how to rebuild, adapt, and move forward. And we need to be willing to follow their lead.

Robert Greene studied at U.C. Berkley, and he received a degree in Classical Studies from

If you’re not having any second thoughts at all, it’s probably because you’re not thinking