The 25-minute phone call between White House Chief of Staff Mark Meadows and House Speaker Nancy Pelosi was not the only effort this week to reach a coronavirus stimulus deal. There are reports that the White House made a secret offer to Democrats for a $1.3 trillion coronavirus relief package, but Pelosi rejected it.

On Friday, Meadows told reporters that President Donald Trump is willing to sign a $1.3 trillion coronavirus relief package. This package is roughly $300 billion more than what was proposed by Senate Majority Leader Mitch McConnell a month ago.

Meadows said Trump is “right now willing to sign something at $1.3 trillion,” a “number that’s been offered in private.” Further, he informed the media that Pelosi is sticking to her demand of a $2.2 trillion bill. 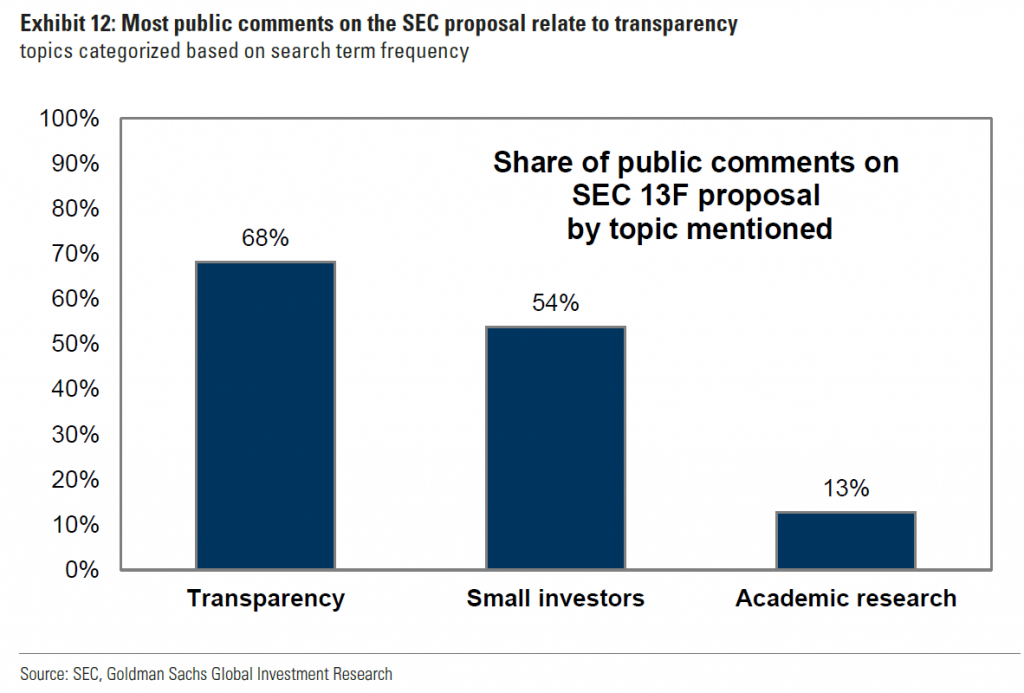 The Securities and Exchange Commission has proposed raising the reporting threshold for 13F filings from $100 million to $3.5 billion. If that proposal becomes reality, it would mean a significant reduction in the number of companies that are required to file 13Fs. It would also increase the importance of sites like ValueWalk that report on Read More

Hours after Meadows told reporters about the secret $1.3 trillion coronavirus relief package offer, Pelosi made a statement offering reasons for not accepting this proposal. She reiterated that her demand for a $2.2 trillion bill, adding that Meadows’ proposed amount is not enough to meet the needs of Americans amid the coronavirus pandemic.

Another reason she gave is that Republicans “are rejecting the funding needed for testing and tracing to crush the virus and safely reopen schools and the economy.”

This 1.3 trillion coronavirus relief package offer follows the 25-minute phone call between Meadows and Pelosi on Thursday. However, no progress was made, with each side blaming the other for the stalemate.

Meadows referred to the call as “25 minutes of nothing,” according to Fox Business. Pelosi, on the other hand, told reporters that “the White House continues to disregard the needs of the American people.”

This 25-minute phone call was the first real negotiation between the two sides since the talks collapsed earlier this month.

On Friday, Pelosi also talked about reports of a so-called skinny bill being prepared by the GOP. Since last week, there have been reports that GOP lawmakers are working on a smaller relief package costing about $500 billion. This plan reportedly excludes stimulus checks.

Talking about this proposal, Pelosi said Republicans seem to be in “disarray.”

“Press reports are stating that Mitch McConnell has come down to $500 billion in his proposal and that Mark Meadows is saying that the White House might go to $1.3 trillion,” she said. “Neither of these proposals would meet the needs of American workers and families.”

Democrats passed the HEROES Act costing over $3 trillion in May. In response, Republicans developed the $1 trillion HEALS Act. During negotiations, Pelosi offered a compromise at over $2 trillion, but Republicans so far have rejected it.

Now Pelosi has rejected this $1.3 trillion coronavirus relief package from the White House. It will be interesting to watch what tactics the White House and Senate will use now to break this stalemate.

Career Advice From 15 of the World’s Most Famous Founders

There are many routes to success in the business world, but learning from those who

Career Advice From 15 of the World’s Most Famous Founders